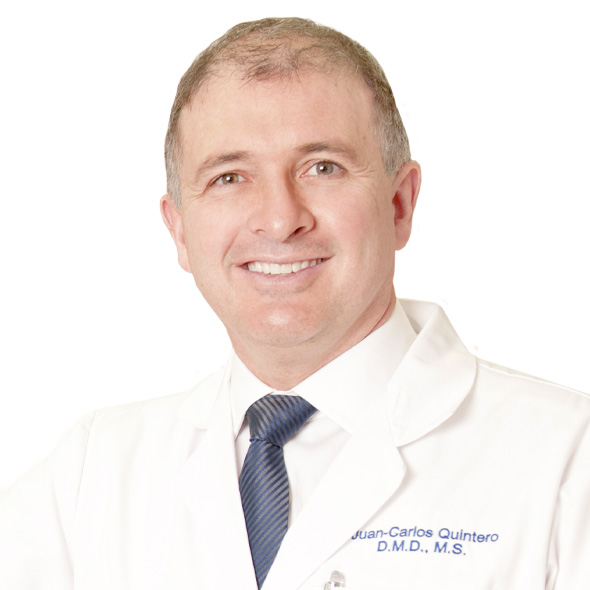 Juan-Carlos Quintero (AKA Dr. “Q”) received his Dental Degree from the University of Pittsburgh in Pennsylvania and Degree in Orthodontics from the University of California at San Francisco (UCSF). During this time he also received a Master’s of Science Degree in Oral Biology. This optional degree requires an extra year of formal education and research. Before moving to Florida, Dr. Quintero was in private practice in San Diego, California for one year, where he practiced with, and mentored under world-renown orthodontist Dr. Ron Roncone. Dr. Quintero has served as National President of the American Association for Dental Research- SRG, won numerous National research competitions, published over 14 articles in peer reviewed scientific journals and currently lectures extensively both nationally and internationally. Dr. Quintero is a faculty member at the prestigious The L.D. Pankey Institute and an attending professor at Miami Children’s Hospital, Department of Pediatric Dentistry. Dr. Quintero is immediate past-president of the South Florida Academy of Orthodontists (SFAO). He has also been featured on several television news shows, including the Discovery Channel. He is in private practice and took over the orthodontic practice of the late Dr. Lindsey Pankey, Jr. in South Miami, Fl. His academic interests include technology in orthodontics and 3D craniofacial imaging.